In a previous recording, you could watch how the Death Star I in the grand campaign destroyed Bestine even when it was an Imperial planet automatically. It was a bug from the game because at first place, the Death Star never was added running as a normal ship. Now I have improved it in the Grand Campaign and after the Yavin battle you will not see again the same problem when you be defending one of your planets with the Death Star in orbit. 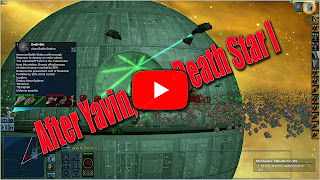 Posted by Nomada_Firefox at January 15, 2023
Email ThisBlogThis!Share to TwitterShare to FacebookShare to Pinterest