This is the unique thing added between yesterday at night and today. The Rebellion ground units use starships for the transports but by accident, I discovered one thing which easily I will add. 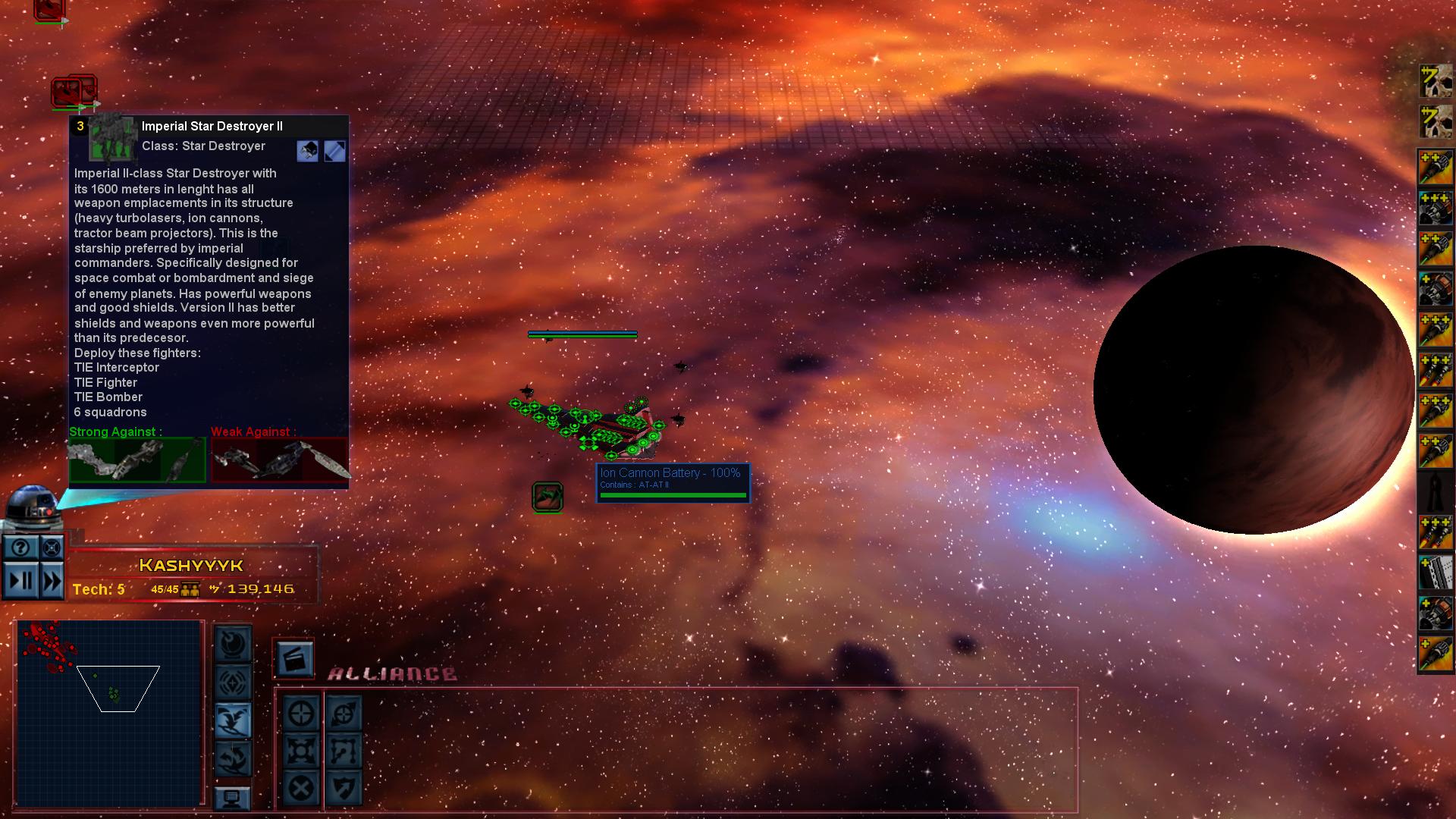 If you take a look in the screenshot, you will see a ISD2 which looking the icon is the transport from a ground group of units. At the same time, it is surrounded by several Imperial transport and from my point of view, it looks great because it looks as if the Imperials had left the hyperspace and they were launching the transports for to attack the ground planet.

What do you think? I will add it by default and you will see the starship surrounded by the smaller transports all the times.

At the sametime, I have edited the AI and probably it does not attack planets with starbases as if there were nothing in the planet orbit. I added this small AI change in the 8.0.
Posted by Nomada_Firefox at April 18, 2018
Email ThisBlogThis!Share to TwitterShare to FacebookShare to Pinterest
Labels: EAWSteam, Star Wars